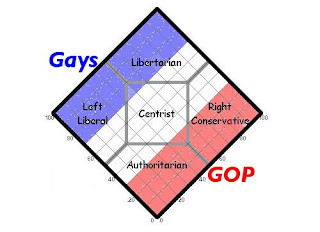 As you can see, gays and Republicans are, for the most part, staring at each other from opposite sides of the Nolan chart.
Posted by The Heterodox Homosexual at 1:26 PM