Someone in authority actually said this: Baltimore police commissioner on teen curfew

The Baltimore City Council plans to impose one of America's toughest teen curfews. Some people question how workable it is:

“If adopted, it would make Baltimore’s daytime and evening curfews one of the most extreme curfews in the country,” said Sonia Kumar, ACLU Maryland.

Kumar sent a letter to the council saying enforcement of the curfew expansion encourages unnecessary police stops for young people.

Fairly easy, my ass. When I did my undergrad at Johns Hopkins, Baltimore had a curfew for high-school kids, and I was routinely stopped, so you can guess how I looked when I actually was in that age range. I don't think I'm such a rare outlying data point; it's just a fact that people physically mature at different rates. If I may put it another way, if it's so easy to tell a person's age just from looking, how old was the person in this picture when it was taken? 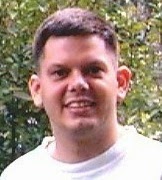 Posted by The Heterodox Homosexual at 6:04 PM