The golden age of big government

Progressive acquaintances of mine like to portray the Eisenhower, Kennedy, and Johnson administrations as a golden age of big government in which high taxes paid for projects like the Interstate Highway System. They tend to overlook things like this: 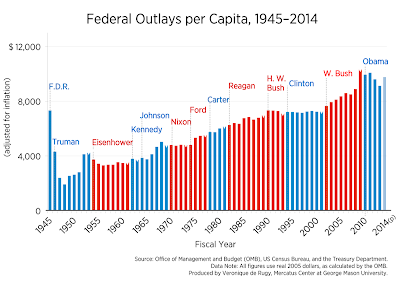 Besides, I thought that progressives didn't like such big projects, but now it seems that they want higher taxes to fund them. If I didn't know any better, I'd almost start to think that they regarded taxation as its own reward.

Posted by The Heterodox Homosexual at 5:40 PM